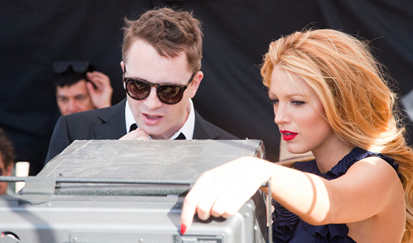 The image allows us to confirm a rumor which had this beautiful actress as the new face of the women’s fragrance . But we were unaware that the talented director who won and award in Cannes in 2011, would direct this commercial.

We do not yet know the theme of the short film but we do know that Frida Giannini spoke of « Glamour » and « the golden age of Hollywood » in an interview.

Will The director choose the old school

image grain that had so charmed us in Drive?

The Answer on 1 September at the Venice Film Festival.

The fragrance will be available beginning of July.

Just for the pleasure of it !