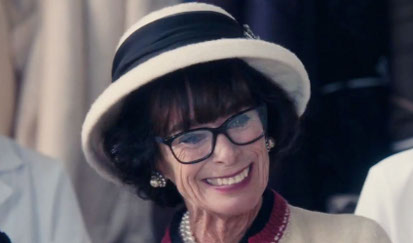 More news on Chanel and Karl Lagerfeld.
With Christmas on the way, remedy the designer directed a short film about a period in Coco Chanel’s life. “The Return” brings the post-World War II-period into vision. Chanel had to deal with a lot of critics, after a ‘pause’ of 15 years. Press razed her collection to the ground.
For this film, the iconic studio on 31 Rue Cambon has been reproduced.
The cast consists of Rupert Everett and Geraldine Chaplin. Film premieres on 10 December.

Enjoy the trailer below: