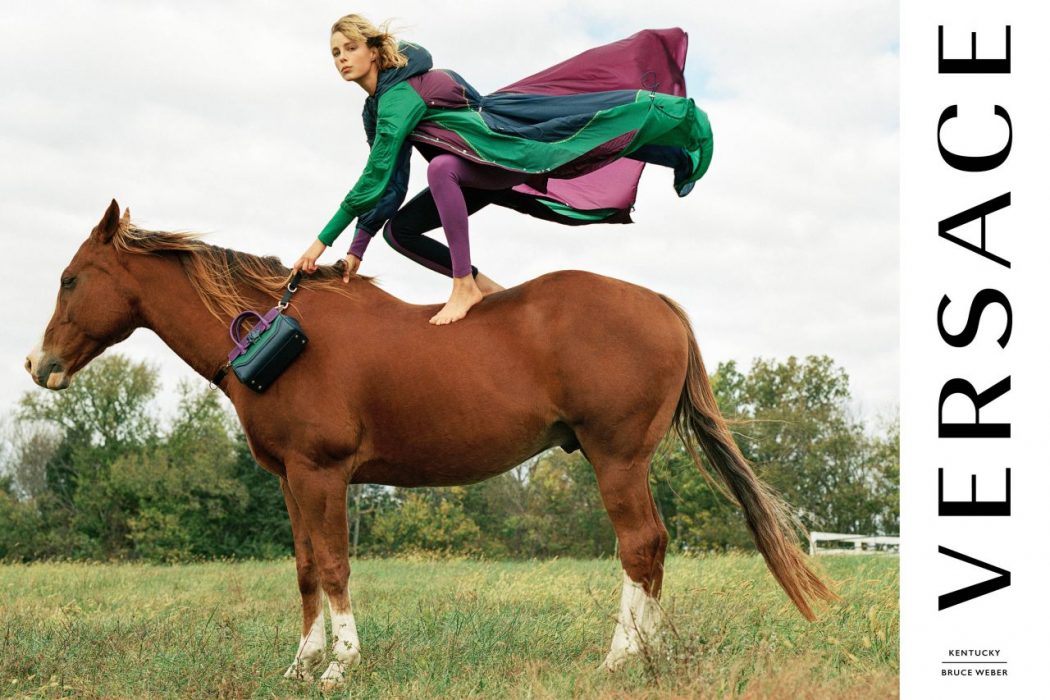 The Italian house places its new spring-summer 2017 campaign under the sign of nature and freedom, honoring the sports pieces of its collections man and woman.

To embody this new collection, Versace has set its sights on two European models, present during its last parade: the British Edie Campbell and the German Anna Ewers. The two young women pose in the middle of the horses, in a corner of greenery nestled in Kentucky (USA). 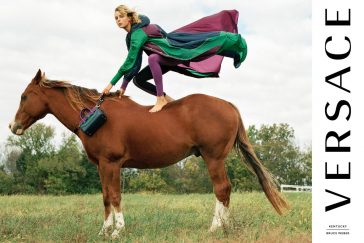 While Karlie Kloss and Gigi Hadid played the active and urban women for the autumn-winter 2016 collection, the new faces are transforming themselves into nature lovers, freer than ever, on the clichés of the spring-summer 2017 campaign. First unveiled photographs shows Edie Campbell balancing on a horse, sporting the nylon parka with which she opened the parade last September.

The photographs were all taken by the American photographer and filmmaker Bruce Weber, who initiated the autumn-winter 2016 campaign. « The creation of this advertising campaign for Donatella’s new collection was exciting because it implies Nature, horses and freedom: freedom of choice, freedom of speech and freedom of speech. I think it’s always interesting when fashion conveys messages subtly and allows people to Think about their own lives and how they can improve it, « says Weber.