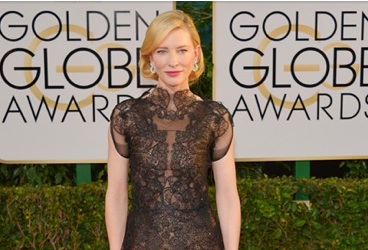 Sunday evening, the City of Angels welcomed A-list celebrities who came to present, accept an award or simply attend one of the most glamourous evenings in cinema… We’ve selected 4 looks worthy of the elegance of Avenue Montaigne. Christian Dior, Dolce&Gabbana, Armani Privé or Valentino, choose your pick ! 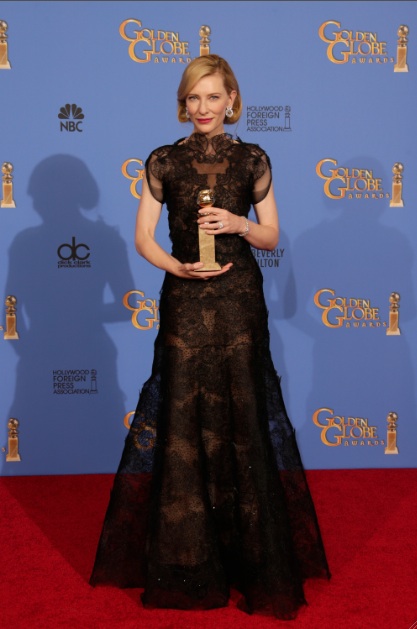 As elegant as always, Cate Blanchett chose to wear a dress by Armani Privé to collect her award for best actress. She might have been a blue Jasmine in the movie, but she was a stunning femme fatale on the red carpet ! 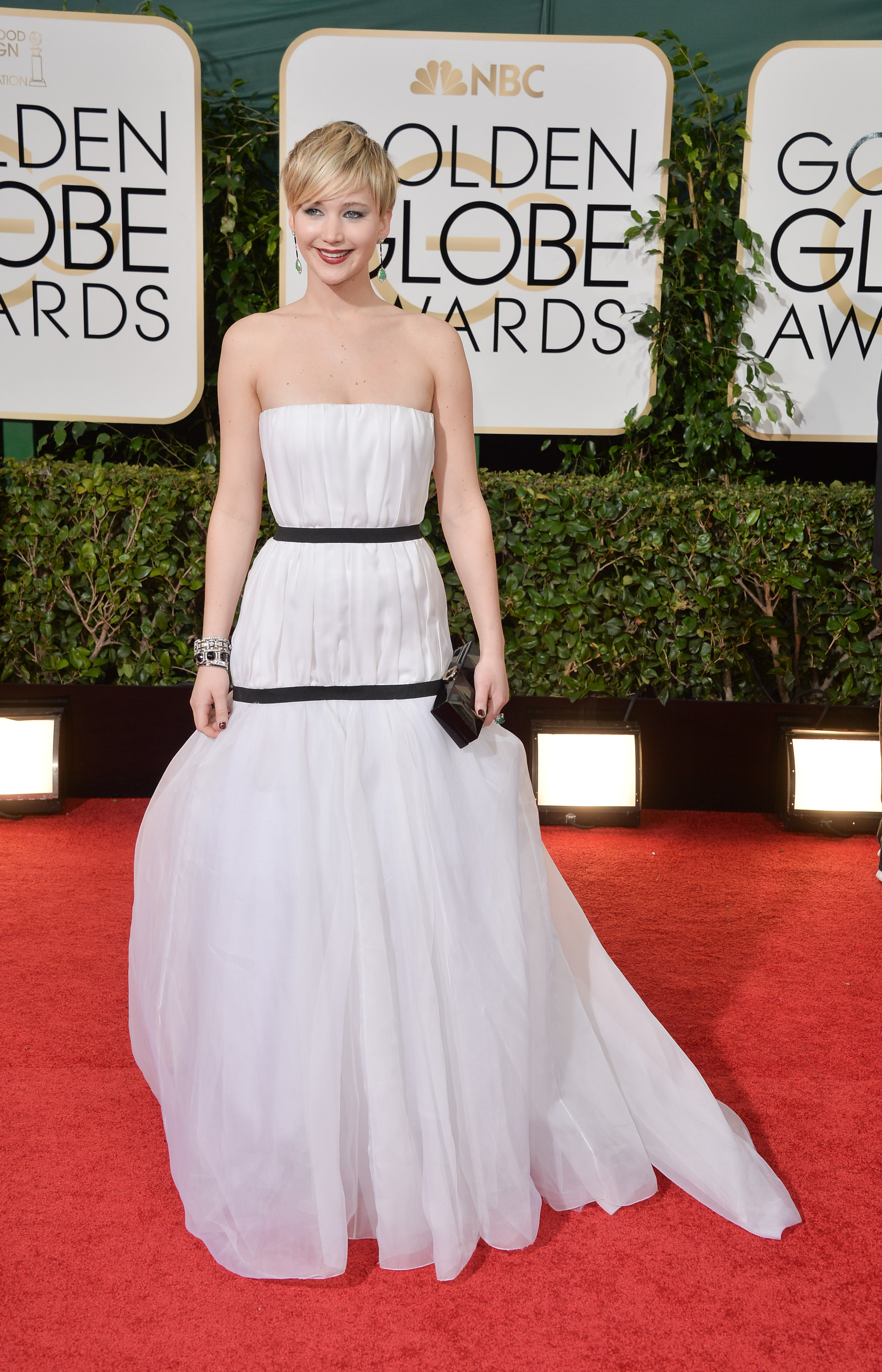 Draped in a sublime gown from the Dior Couture fall-winter 2013 collection, the young American actress continues her love story with the French fashion house. Dior seems to be some kind of lucky charm as she once more won an award ! This time for Best Supporting Actress for her role in « American Hustler ». 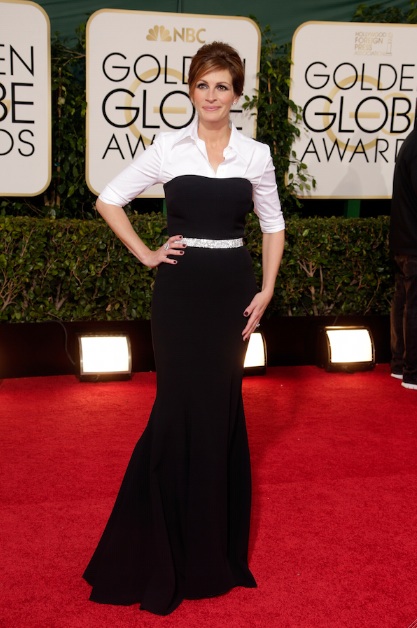 Even if we don’t see her as much on the big screen, Julia Roberts always mesmerizes us on the red carpet with that big smile of hers. Matching a black dress with a white shirt, the American actress combines fashion with originality ! 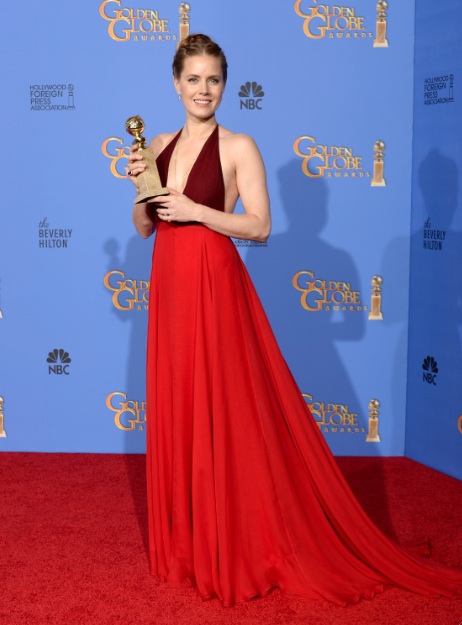 Amongst all of the actresses dressed in white, black and grey, Amy Adams decided to make a volcanic appearance in Valentino ! The mix of bordeaux with red forms an explosive combo drawing (almost) as much attention as the Golden Globe she was awarded for her role in « American Hustler ».