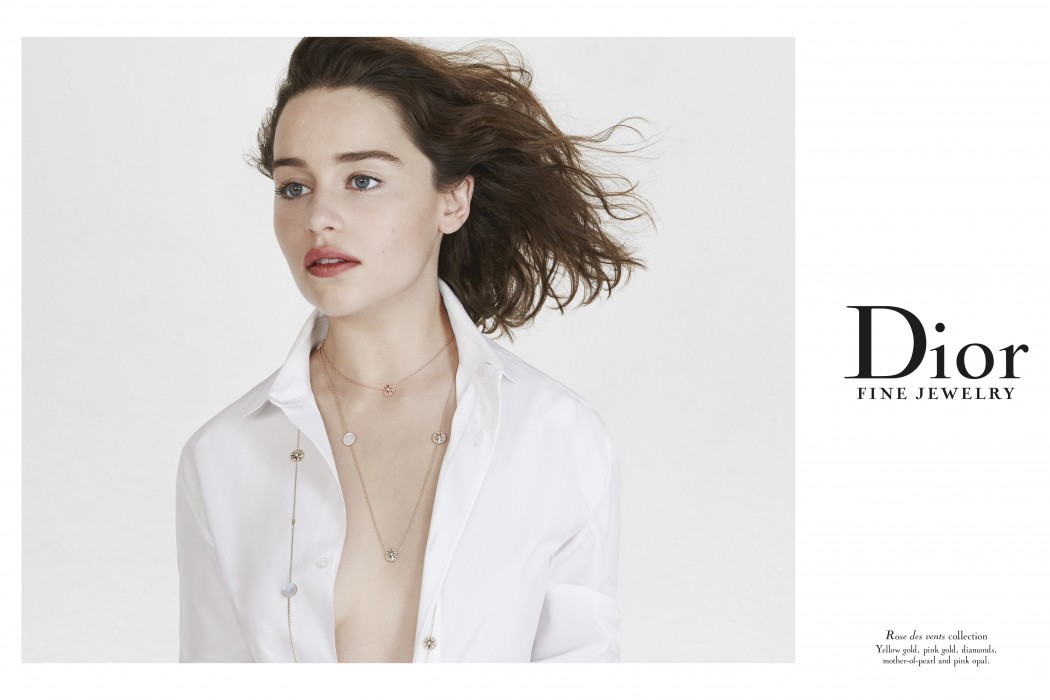 Christian Dior is pleased to announce Emmy nominated actress, Emilia Clarke, as the new face of the Rose des Vents jewellry collection. Recognized the world over for her heroic portrayal of Daenerys Targaryen in one of our generation’s most talked-about series Game of Thrones, thos coollaboration matks the first time Clarke has joined a luxury brand. The new campaign featuring the acclaimed actress was shot by legendary French fashion and portrait photographer Patric Demarchelier.
With an unflinching gaze, wind-blown hair and donning a whote shirt casually unbuttoned, Demarchelier captures the young actress’ natural, timeless beauty-a true reflection of the Rose des Vents stunning line of long and short necklaces in yellow and rose gold, diamonds, white mother-of-pearl and pink opal.
This collection broadens the horizons of Dior’s medallion jewel. « Rose des Vents, the wind rose, is also a metaphor for creation, « said Victoire de Castellane, Creative Director of Dior Joaillerie. « Creating is about searching, turining things over, and then finding ones cardical point and setting off on a journey. Creation is the product of a stationary voyage. »
In addition to the upcoming sixth season of Game of Throne, Clarke is set to start in Me before You, the screen adaption of Jojo Moyes best-selling novel from New Line and Metro-Goldwyn-Mayer. The film will be released by Warner Bros. on June 3, 2016. 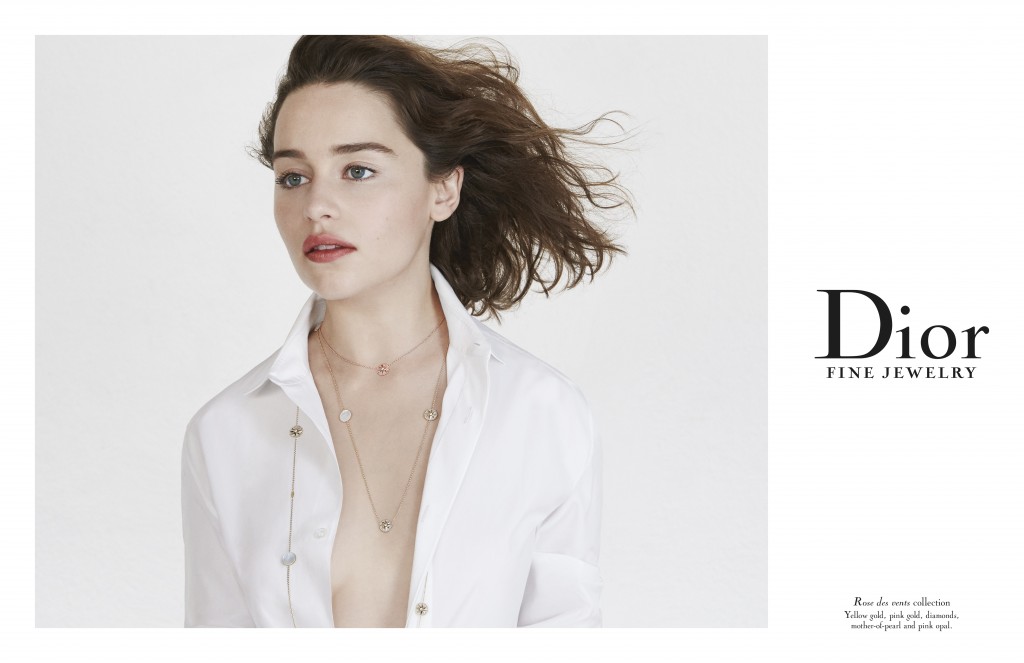 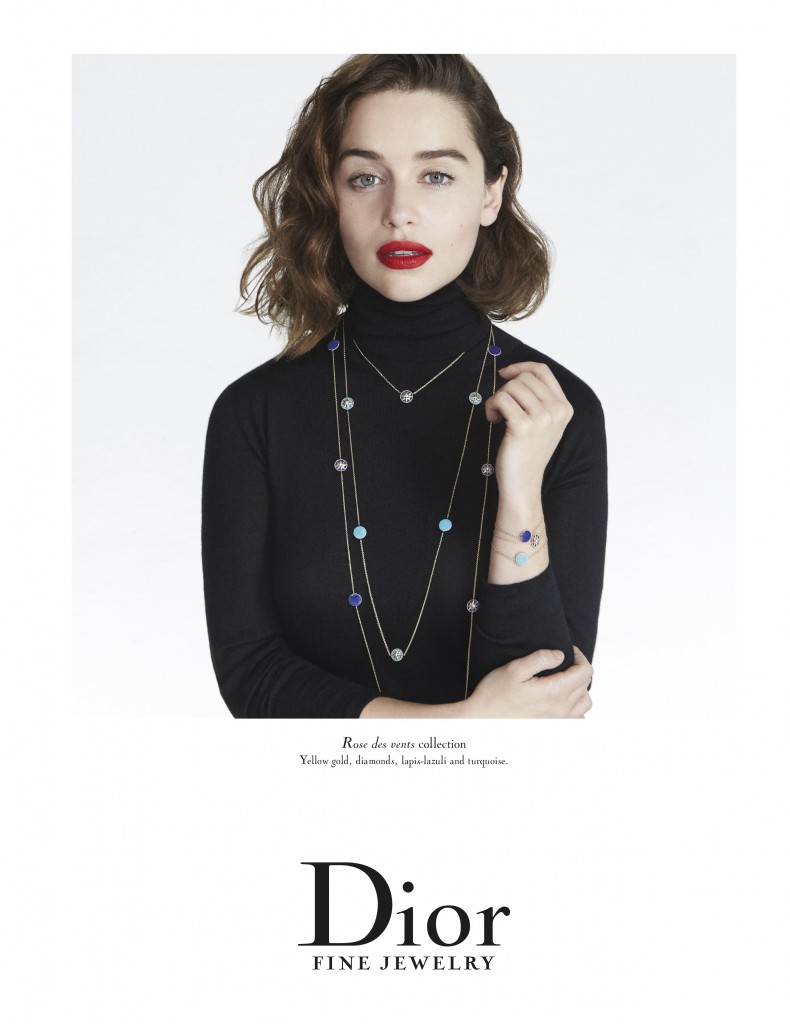 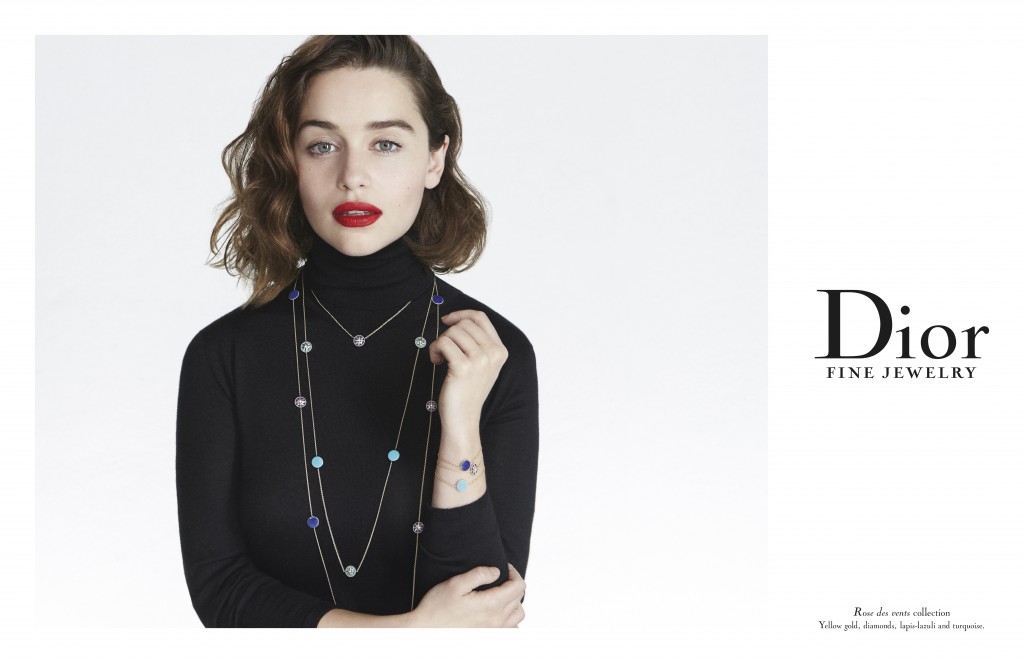