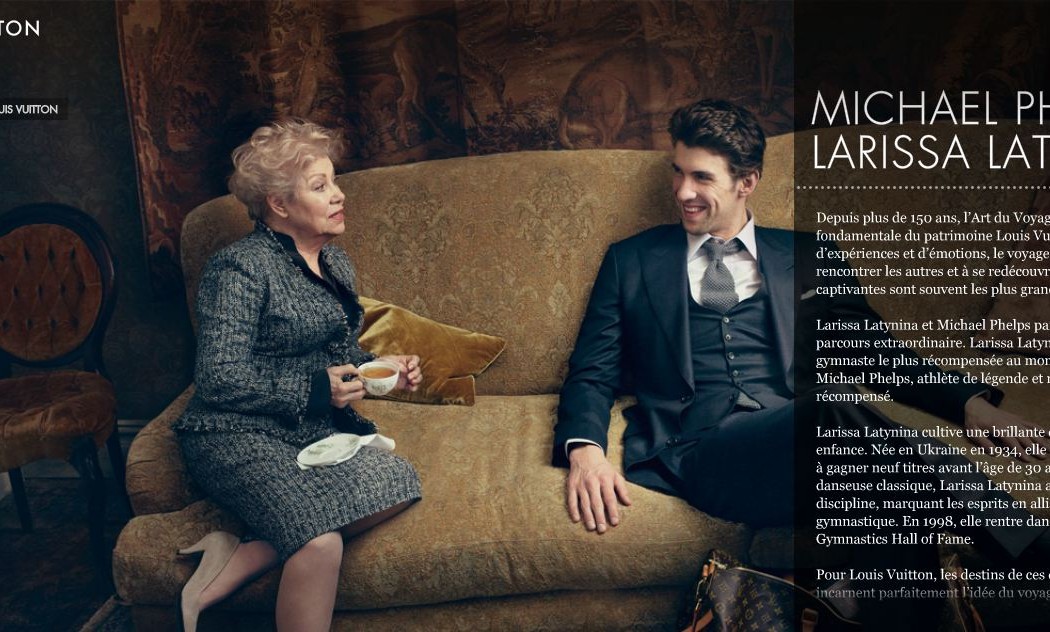 After the boxing champion Mohammad Ali last June, here are the two new personalities of the new Louis Vuitton campaign.

Once again, in Annie Leibovitz’s lens, the swimmer with the most awards in the history of the Olympic Games, Michael Phelps next to the gymnast Larissa Latynina with the following tag:

This image is one of the many in this series with travel as the theme.  The series has featured Angélina Jolie, Sofia Coppola, Madonna, Keith Richards and many others.

Watch the video on Louisvuitton.fr