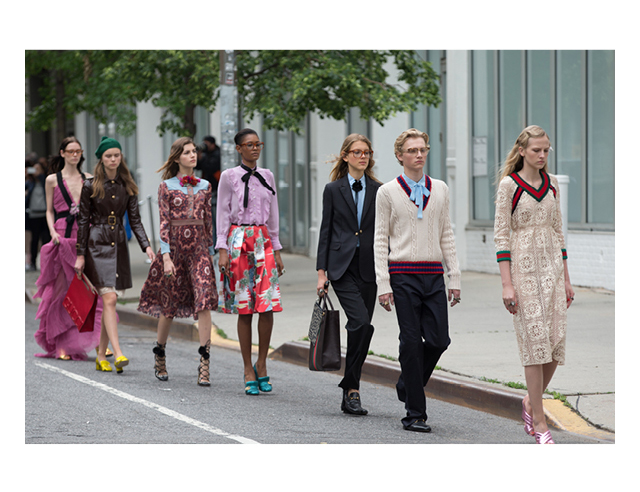 Gucci opened a new era. Alessandro Michele, buy creative neo-director, gave a new face to the image of Gucci into the world of fashion. These photos taken by Kevin Tachman are the proof! After showing his Cruise collection 2016 « geek-chic ‘ in a familiar deconstructed space in Chelsea, NYC, Alessandro Michele paraded the models around the streets of the city ! Looks like Abbey Road Beatles cover. 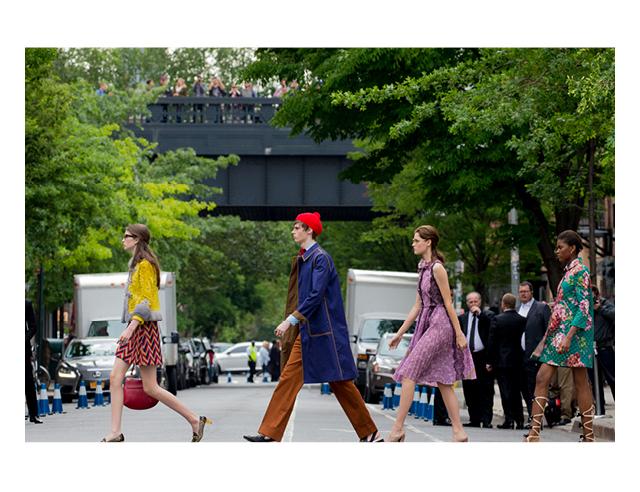 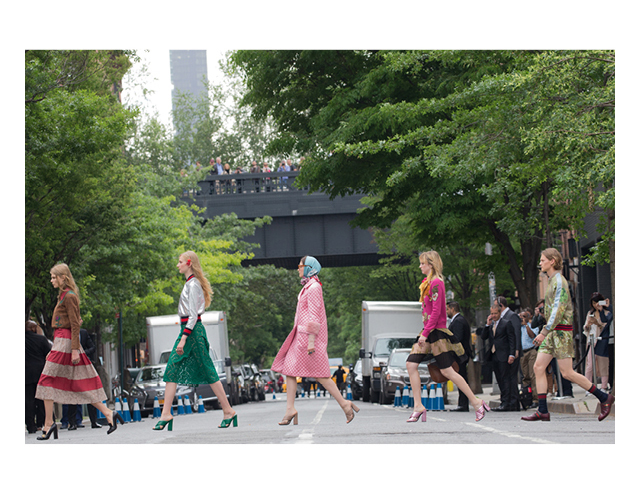