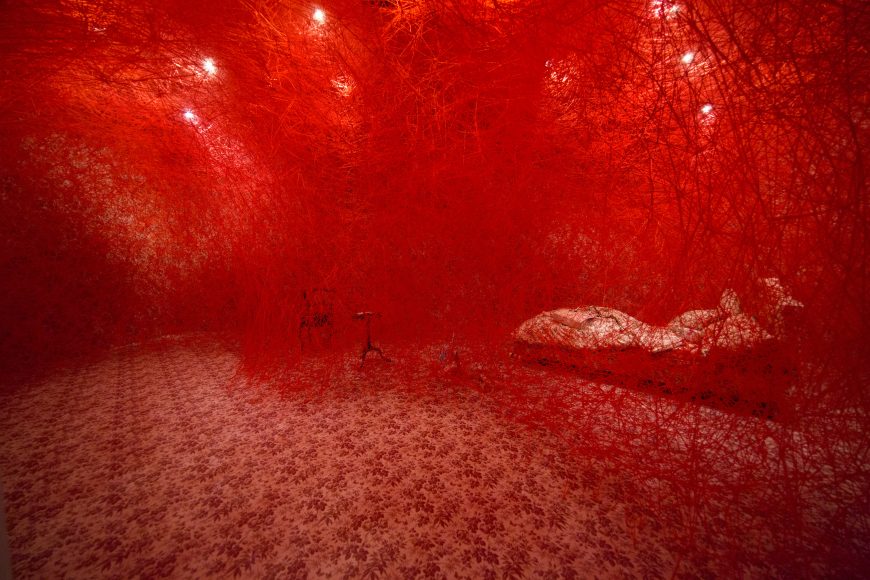 Gucci « 4 Rooms » is an immersive collaborative art project introduced by Creative Director Alessandro Michele in which four artists are invited to create virtual and real spaces that express the eclectic and inventive spirit of the house. Three Japanese artists contributed to the project — Chiharu Shiota, Daito Manabe and Mr. and  Trouble Andrew.

Each contributor was given the brief of designing a room around the motifs and themes that Michele has brought to the house since taking charge in 2015. Shiota took inspiration from the Gucci Herbarium pattern for “The Gucci Herbarium Room”; Manabe made use of the lexicon instilled by the director for his “Gucci Words Room”; while Mr.’s “Gucci Garden Room” featured animals and plants from Gucci’s pool of garden imagery.Trouble Andrew, meanwhile, has developed a secret art installation, with the GucciGhost signifiers present throughout.