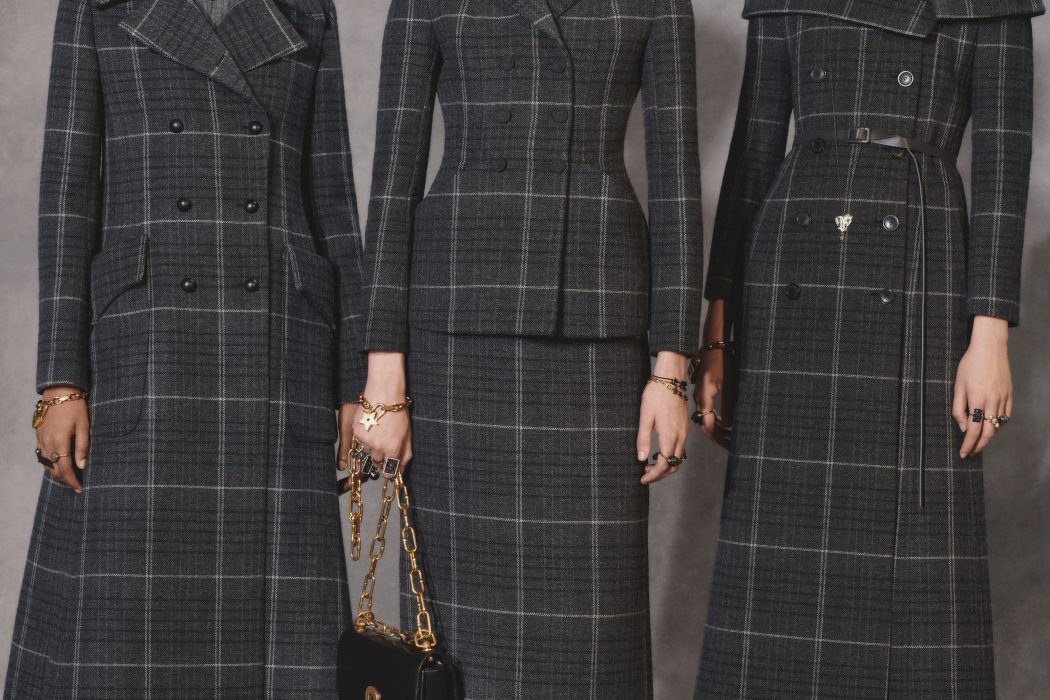 The starting point of this Dior Fall 2018 collection by Maria Grazia Chiuri is the rediscovery of the work of Claude Cahun (pseudonym of Lucy Schwob, 1894-1954), a surrealist writer, photographer, actress, political activist and French resistant having claimed her homosexuality.

The Artistic Director was first marked by her photographic self-portraits. In these clichés, Claude Cahun constantly questioned identity and gender, complex and ever-changing social constructions. The collection was born from this artist and her decision to embody the character of Claude to « see herself in the third person », but also from her photos, in which the masculine and feminine are poses, masks. 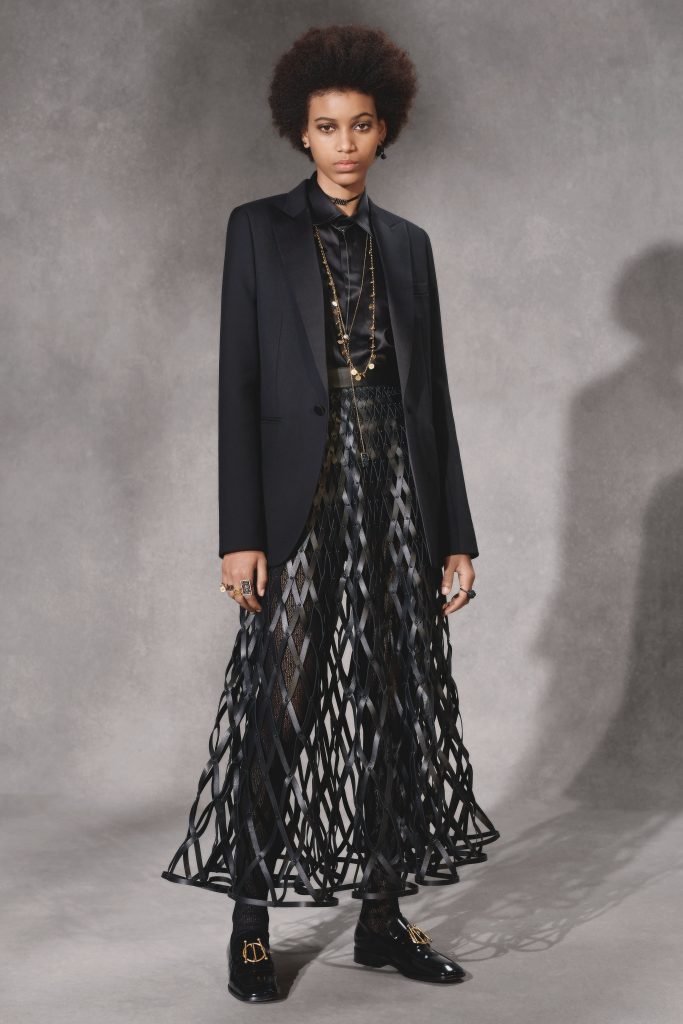 « I wanted to confront the accuracy of the basics and materials in the men’s wardrobe. I wanted to showcase the least explored part of Christian Dior’s legacy, almost strict, with the use of masculine fabrics and jackets, coats, shirts with strict lines. In the same way, I became interested in the work of Hedi Slimane on the Petite Taille for Women, when he was Dior Men’s artistic director. Maria Grazia Chiuri also draws inspiration from the more recent history of the luxury house, integrating it into her ongoing dialogue with Dior’s heritage. Thus, this collection demonstrates that it is through fashion in particular that the complementarity between male and female defines individuality in the 21st century.

After the Second World War, Christian Dior gave women the pleasure of femininity with the New Look. In a similar way today, Maria Grazia Chiuri wants women to have the necessary tools to be first and foremost considered as people and not characters. 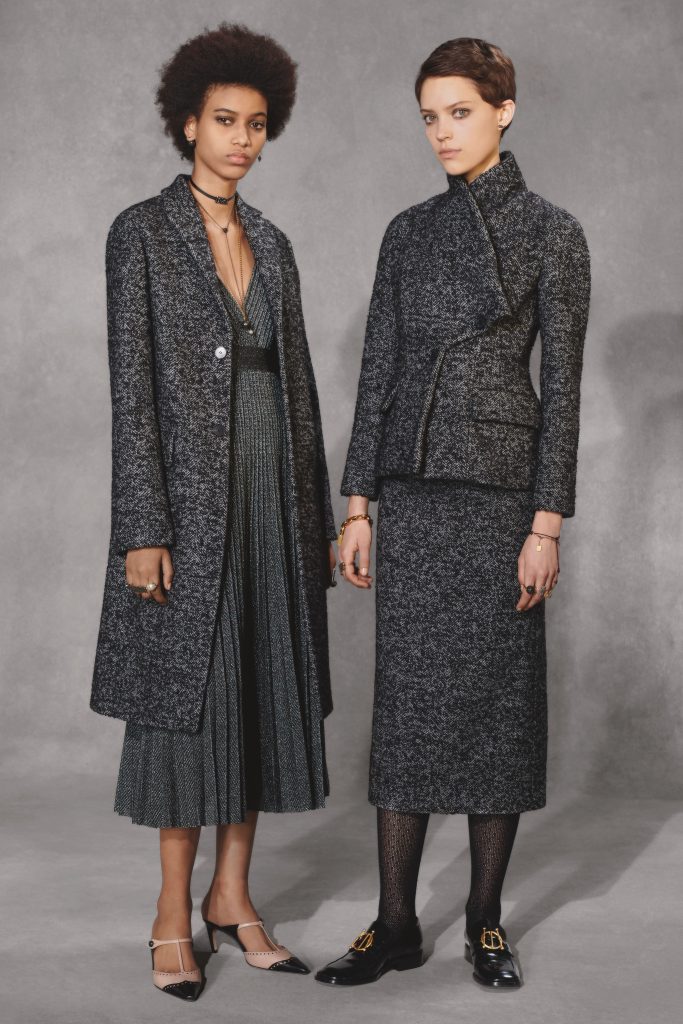 Women’s clothes are treated in a surrealistic way and elaborated from the raw male fabrics used by Christian Dior at the time. The gray angel on dresses contrasts with an unexpected play of transparency at the openings of the folds.

The resolutely feminine forms illustrate two different attitudes: one, rather strict, with collars that are reminiscent of the shirt collar as worn by Claude Cahun, and the other, more sensual, all lengths and transparencies. 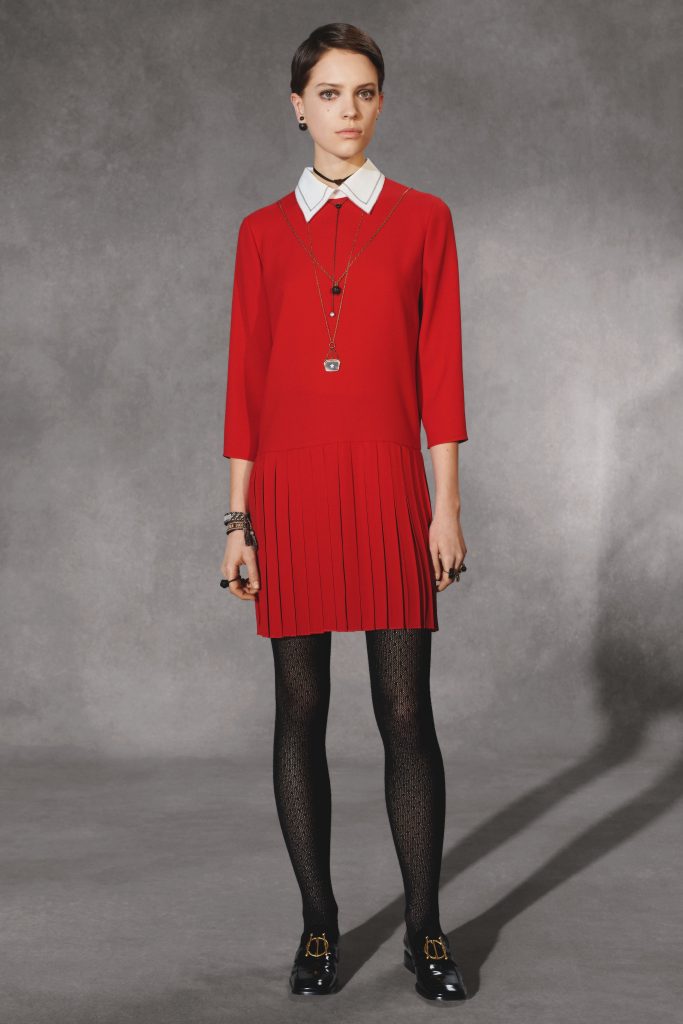 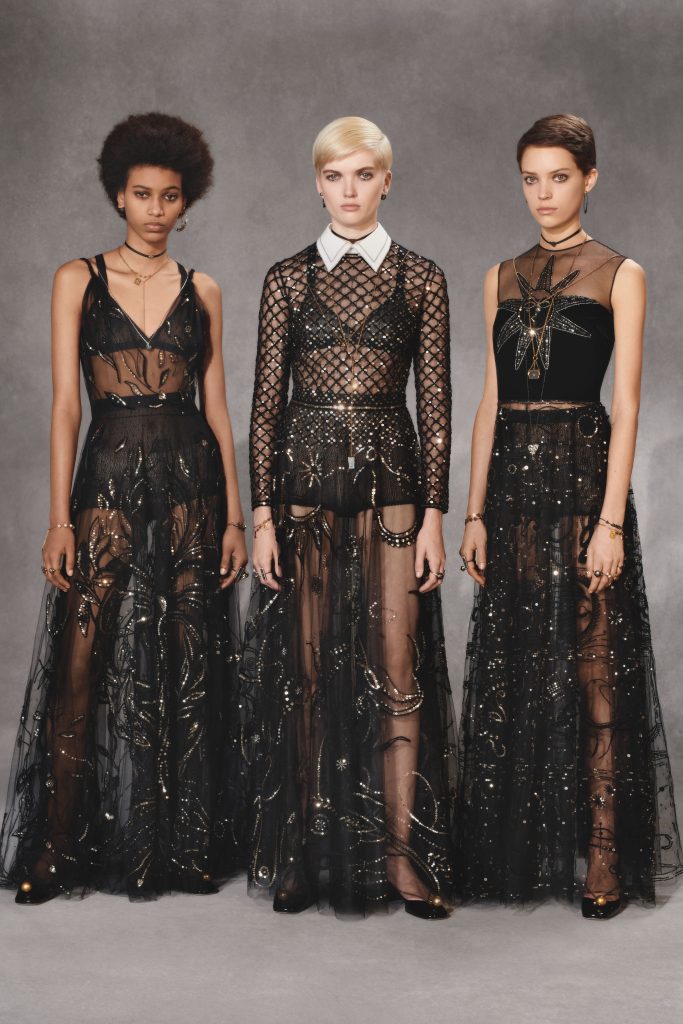 For the evening, the embroidery is opaque with black glitter or burnished gold overlapping to create relief. Dior’s signature lines and proportions are revisited in light versions in gray tulle and powder pink. 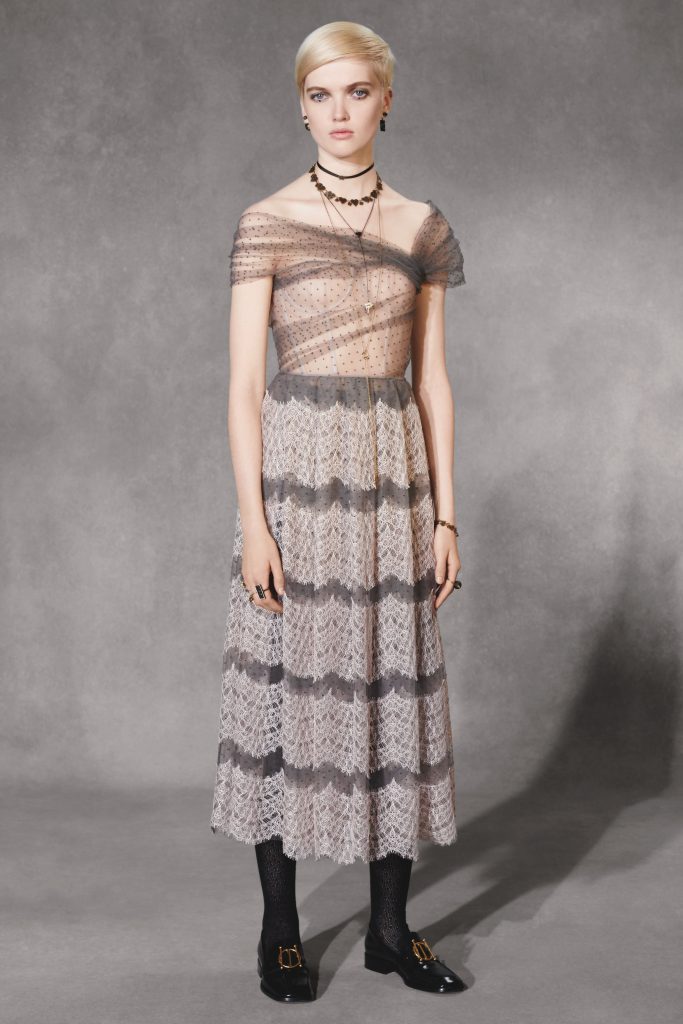 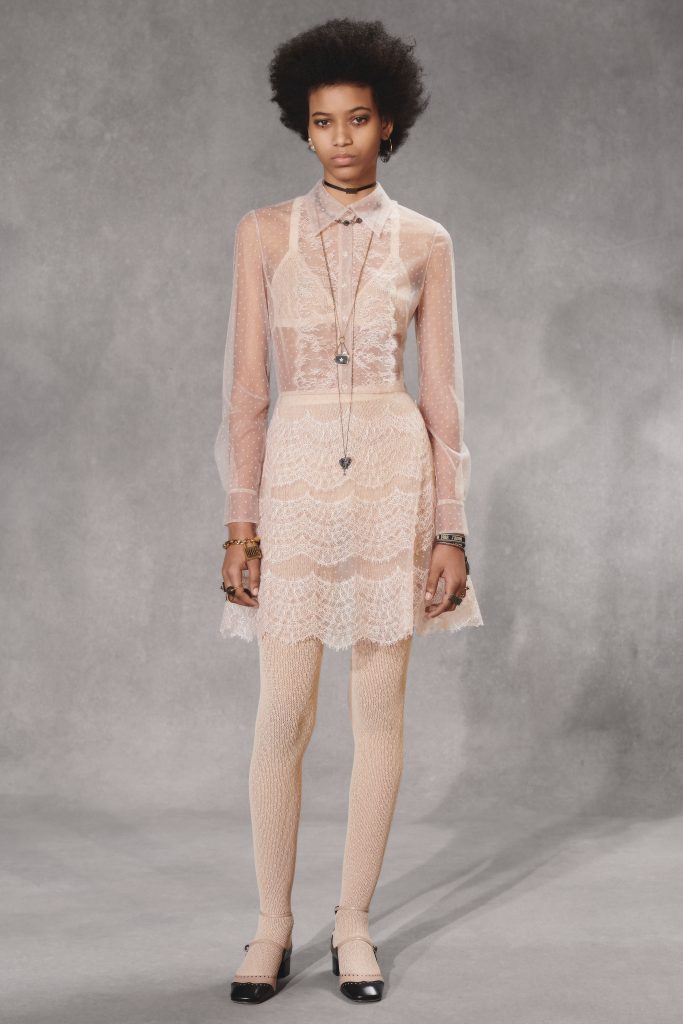 The codes of the luxury house – volumes, neckline cuts, lengths – are deconstructed and reworked in an innovative play on constrats.

Thus, the satin dear to Christian Dior comes in skirts perfectly studied for today’s feminine body. Creations that are worn against the bare skin, under a more masculine coat. 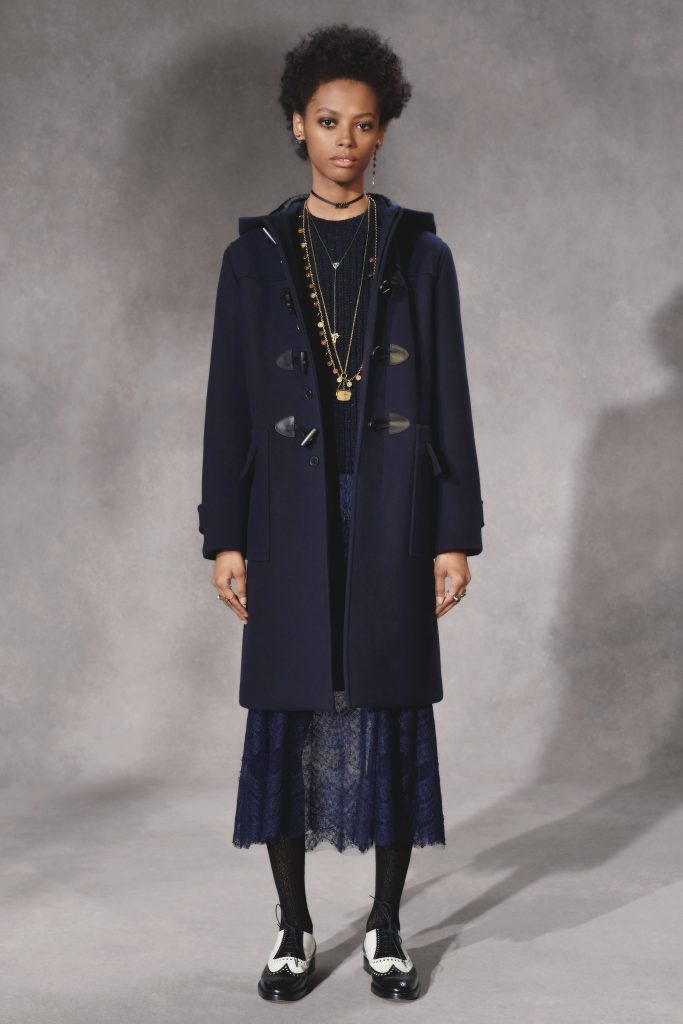 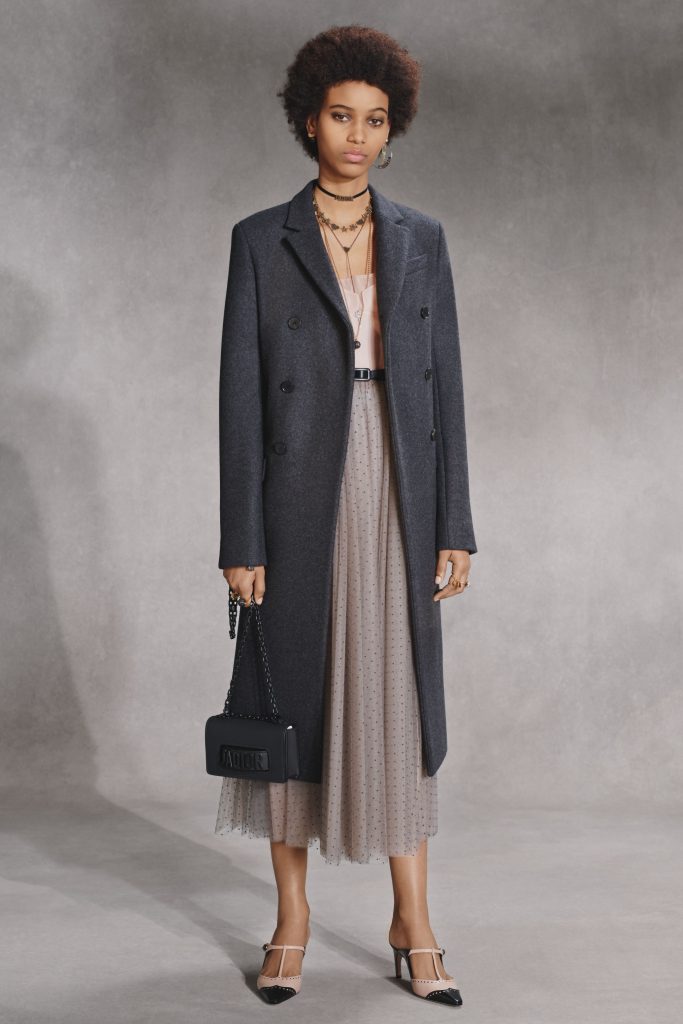 A collection that fully assumes the game between male and female, while making the two dialogue in a complexity that allows each woman to express her personality.