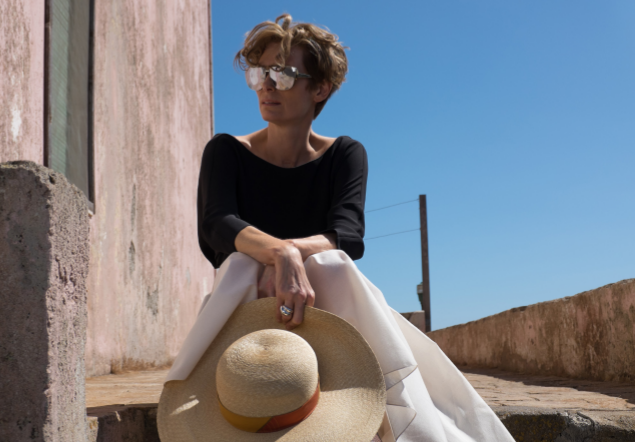 Dior is honored to announce its collaboration with Luca Guadagnino on his next film A Bigger Splash, cialis produced by Frenesy Film and STUDIOCANAL, case dressing the character of Marianne Lane, played by actress Tilda Swinton, in the Maison’s designs.

Set on the sun-drenched island of Pantelleria, A Bigger Splash stars Tilda Swinton who plays Marianne Lane, a rock star whose wardrobe is composed of pieces that were either custom-made by Christian Dior or selected from the Maison’s ready-to-wear and haute couture collections. Performing onstage, Tilda’s character Marianne wears a striped jumpsuit embroidered in ecru and gold sequins. In the recording studio, Marianne opts for a black zip-up jumpsuit and DiorSoReal sunglasses. As she wanders along pathways of Pantelleria, she appears, variously, in a white Corolla skirt with a black top or a white backless evening gown. In other scenes, she strolls through the Mediterranean landscape in a shirtdress with thin blue stripes, a breezy scarf dress or a dress in black and white check. Throughout the film, she sports a pair of limited edition DiorFuturist sunglasses.