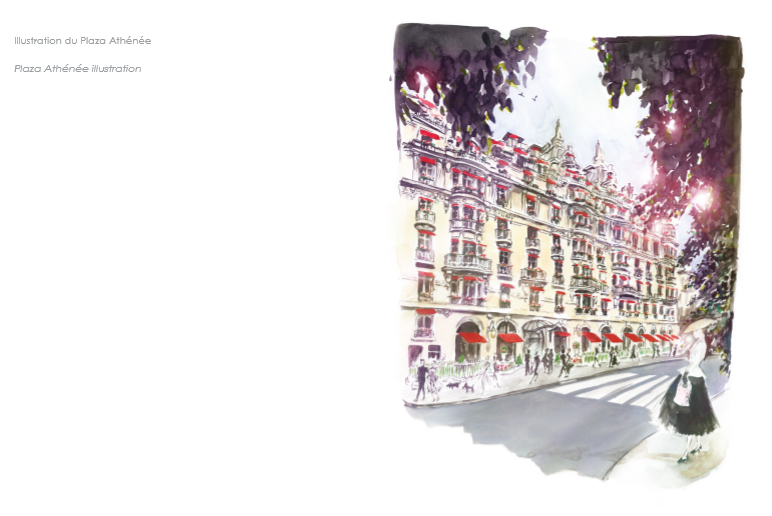 30 Avenue Montaigne, no rx cialis February 12, pharm and 1947. For his very first fashion show, Christian Dior had already named one of his creations Plaza, a superstitious little nod to the location where he had chosen to open his couture house.

The designer had, years before, stopped short in front of the hôtel particulier at 30 Avenue Montaigne, and had promised himself that if he were to launch his couture house it would be “there, and nowhere else”. He loved this very elegant, deeply Parisian avenue. In 1946, the mansion of his dreams became available – it was a sign – and he moved in.

Already, Dior loved the Plaza Athénée. In his view, it was one of the most beautiful hotels in the French capital and certainly the most refined, with its red awnings, geranium-filled balconies, gold lettering and subtle luxury. He often lunched there and felt right at home – it was like a second home, right next to his office and couture ateliers. His models regularly posed in front of the hotel and the bar, the utmost in Parisian chic, inspired the legendary Bar suit from the spring-summer 1947 collection – it was the perfect outfit for having a cocktail at the bar.  The designer loved the hotel’s proximity to his fashion house; what’s more, it is why he chose to set up shop on this avenue. Dior dreamed of an elegant, cosmopolitan clientele, and he judged right: the biggest stars, including the greatest American actresses, stayed at the Plaza. What he didn’t know was that they, like Marlene Dietrich, would soon stay at the palace hotel for its proximity to the Maison Dior.

Christian Dior loved food, and he was above all a true gourmet. He appreciated fine cuisine and simple recipes in equal measures. While he adored traditional French cuisine and was passionate about it, exotic culinary influences piqued his palate’s curiosity. A believer in excellence in every domain, he is known to have entertained admirably, and his dinners enjoyed superb renown.

Between 30 Avenue Montaigne and 25 Avenue Montaigne there are ties based on friendship, gourmet pleasures and a mutual admiration that exists to this day. The starred chef Alain Ducasse drew inspiration from “Cuisine Cousu-Main”, a book of Monsieur Dior’s favorite recipes, to create a Dior Menu at Le Relais Plaza , the restaurant of the hôtel Plaza Athénée, featuring dishes from land and sea with, for dessert, a touch of delicate exoticism. 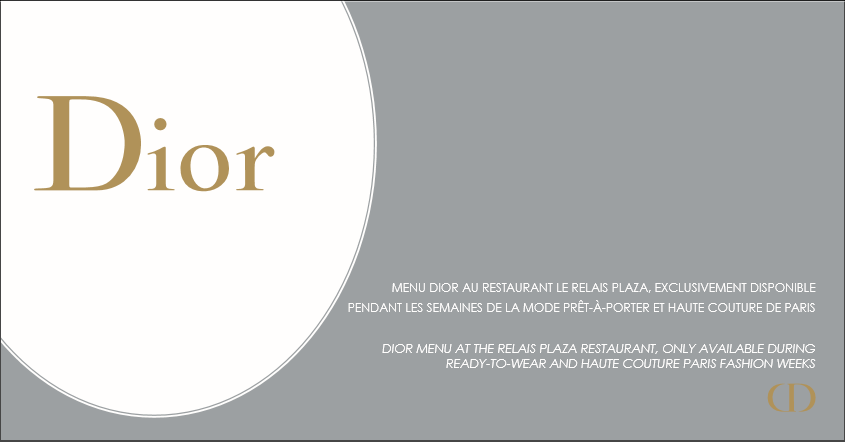 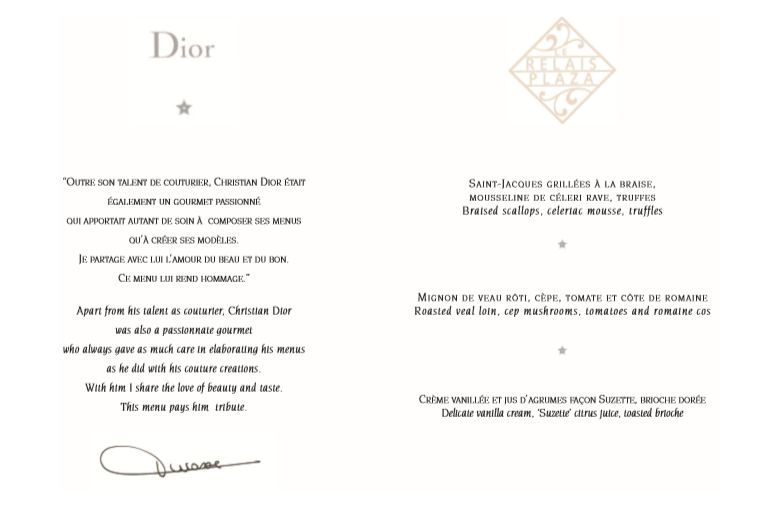 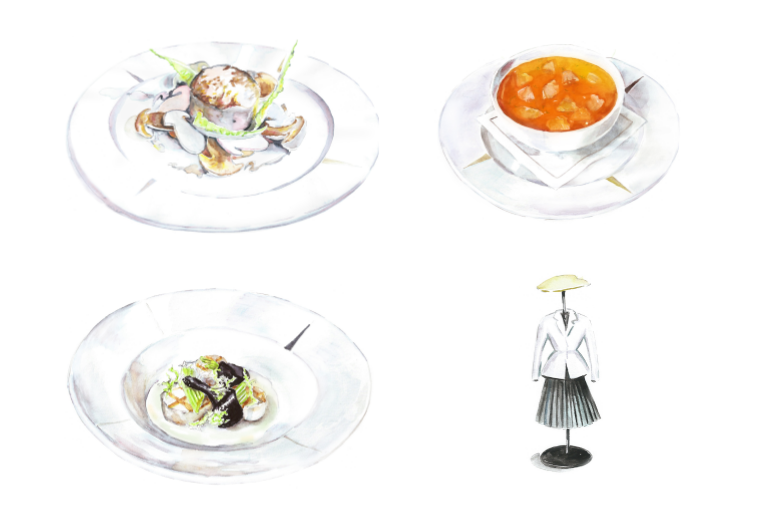 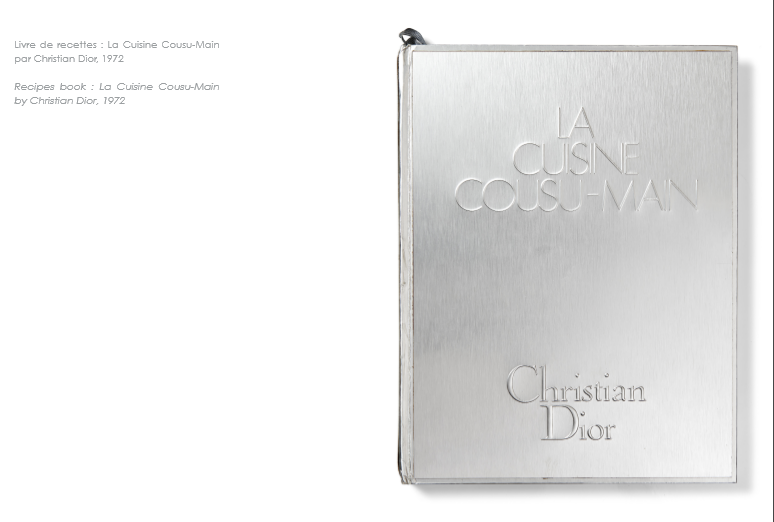 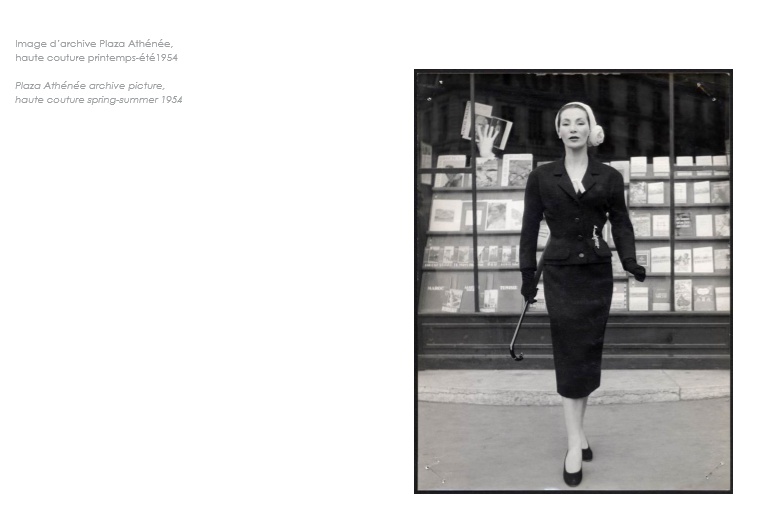 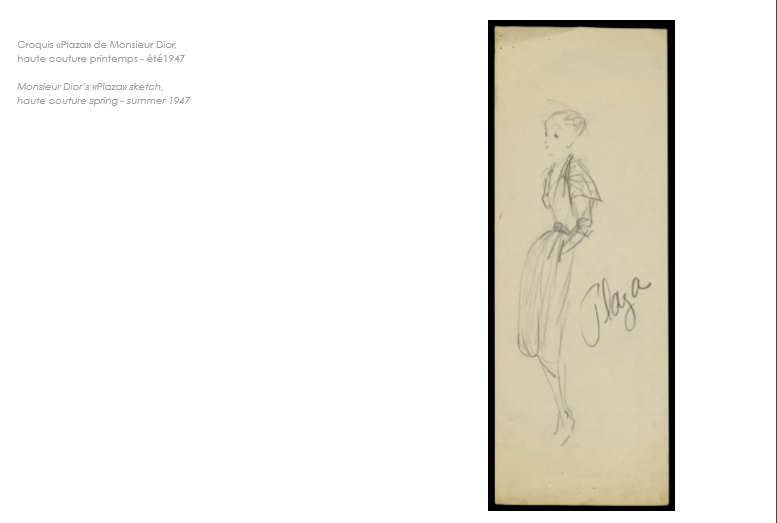 “In addition to his talent as a couturier, Christian Dior was also a passionate gourmet who devoted as much attention to composing his menus as to creating fashion. I share his love of what is beautiful and good. This menu is an homage to him.” Alain Ducasse