The Comité Montaigne strives to promote the image of the Avenue Montaigne and the Rue François 1er in Paris, France and around the world.

Chaired by Mr. Jean-Claude Cathalan, the Comité Montaigne brings together most of the couture and luxury houses that are located on Avenue Montaigne and Rue François 1er and organizes events that mark the Parisian agenda, such as the Vendanges Montaigne, the Promenade pour un Objet d’Exception, the Catherinettes, the Christmas Montaigne, the Illuminations, and the Christmas Trees of the Creators.

Since 1989, the Comité Montaigne has established a tradition by organizing every other year in September one of the most chic parties in the city. An exclusive encounter between the famous luxury houses and the biggest names of wines and champagnes, this evening highlights the French art de vivre.

The ambition of the Comité Montaigne through this event is to present a preserved vision of French luxury, to establish a privileged link between customers and the houses, and to gather around a festive meeting.

« Originally, the Vendanges event is the desire to bring together what makes the reputation of France: luxury, couture, high jewelry, culture, hotels and of course wine and champagne. It was therefore essential to federate all these actors around a privileged moment, both light and festive. » comments Virginie Bamberger, communication manager of the Comité Montaigne.

One year is for the Vendanges Montaigne and the other one is for the Promenade pour un Objet d’Exception, which allows the meeting of art and luxury and is therefore a key event in September.

Luxury houses present an extraordinary object, chosen or designed for the occasion, such as an exceptional handbag, a true work of art, an archive, or an exclusive creation. Thus the Avenue Montaigne becomes for a few days an open gallery, amazing and precious. The Promenade pour un Objet d’Exception happens for the public at the same time as the Biennale des Antiquaires.

Every year on November 25th, the Comité Montaigne celebrates Saint Catherine, Saint protector of single girls. The story goes that young girls over the age of 25 who are not married are called Catherinettes. The tradition, especially among the fashion houses, is that extravagant green and yellow hats are made for the Catherinettes, which they will carry throughout the day. The Comité Montaigne organizes this unique event in collaboration with the partner houses of Avenue Montaigne.

The Christmas Montaigne and the Illuminations

Every year, for the Christmas Montaigne, the Avenue Montaigne puts on its coat of light and adorns itself for the end of the year festivities under the gaze of Parisians and tourists, who are waiting with excitement for this wonderful show. The Comité Montaigne chairs, with a personality, the launch of these Christmas illuminations.

The Christmas Trees of Creators

Every year, for the last two years, during the holidays, the Christmas Tree Creators Association, founded over twenty years ago, organizes in partnership with the Comité Montaigne a prestigious charity meeting in the service of a great cause. Famous names in the world of fashion, design and architecture offer their talent to reinterpret the Christmas tree. Among the many luxury houses that have already participated, the association is proud to include Chanel, Christian Dior, Louis Vuitton, Jean-Paul Gaultier, Chantal Thomas and Sonia Rykiel. Funds raised through the auction of the works created, are fully donated to a charity. 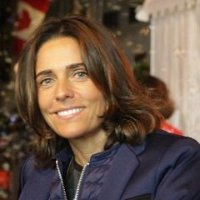 President of the Comité Montaigne