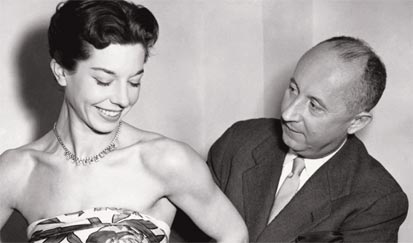 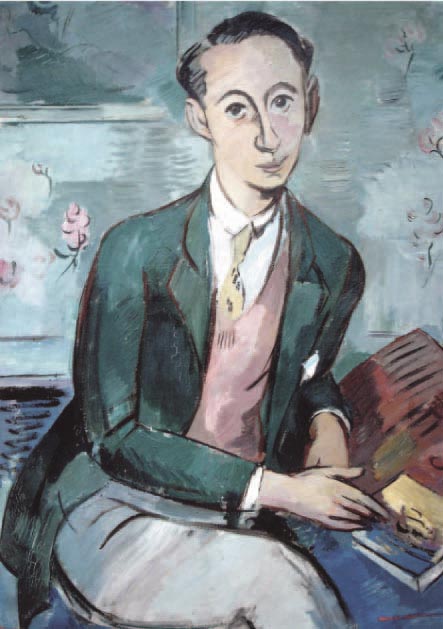 Christian Dior is such an icon in the world of fashion that it is difficult to imagine him having lived another life before the presentation of his “New Look” collection in 1947, tadalafil the collection that made him, practically overnight and for eternity, the world’s most famous fashion designer. But in fact, early on, the young man had other ambitions. Born in Granville, in Normandy into a wealthy family (his father produced a famous washing detergent called Saint-Marc), he grew up in a refined and cultivated environment surrounded by works of art, elegant furnishings and music. He first dreamed of becoming an architect. But to please his parents, he agreed to follow a more secure path, enrolling in Paris’s prestigious school of political sciences. In 1928, he dropped out without a diploma. At the age of 23, the young man was once again a source of disillusionment for his parents, announcing that he wanted to open an art gallery. His parents accepted the idea under one condition: that he associate himself with other investors and that his name not appear on the gallery, thus minimizing the risks of such an uncertain venture.

The Gallery keeper and his artists: Dali and Giacometti

In the villa of Christian Dior’s childhood, the source of many fond memories and a certain veneration (particularly after its forced sale in 1931), today transformed into a museum, an exhibition explores the depth of Christian Dior’s relationship with the world of art and artists. The connections that he would cultivate throughout his life grew out of his brief experience as a gallery owner. In 1928, with his friend Jacques Bonjean, he opened a gallery at 34 rue La Boétie. Another remarkable personality named Pierre Colle quickly joined his team. The artists exhibited here in the coming years would attest to the quality of Dior’s selection and his keenness of judgement: Salvador Dali, Giorgio de Chirico, Pavel Tchelitcheff and Max Jacob. Alberto Giacometti held his first exhibition here in May of 1932, while Calder, who would fascinate his bohemian friends with his Cirque, would make his fifth and last Parisian presentation here from May 16 to 19, 1933, before returning definitively to America..

Other friendships grew with many artists who are now famous: Among Balthus’s most important works was Les Trois Soeurs, the portrait of Pierre Colle’s three daughters. Cocteau was a habitué of frequent soirées, including those at the famous Boeuf sur le Toit, a legendary cabaret where everyone met from Picabia, Radiguet and Blaise Cendrars, to the Vicomtesse de Noialles and Duke Ellington. At the end of the 1920’s, the crash hit. Jacques Bonjean was ruined, as well as the Dior family. Christian, not yet 30 years old, was forced to sell his stock of paintings. “Some paintings that are worth millions today, were auctioned to the lowest bidders, painfully drawing ten thousand francs,” wrote Dior later. While recovering from tuberculosis, Christian Dior, following the advice of a friend, decided to embark on a new career. He became a fashion illustrator and succeeded in being hired by Lucien Lelong, one of the great couture designers of the time. Thanks to the backing of the industrial Marcel Boussac, Dior opened his own fashion house in 1947, without ever forgetting his love for art…

Christian Bérard, a flurry of creativity

Everything in the organization of his fashion house demonstrated the persistence of this passion. He engaged the decorator Victor Grandpierre to design his boutiques and show windows and hired the most talented photographers, such as Willy Maywald and the young Richard Avedon, whose success is now legendary. His creations were inspired by Matisse and Braque, but also by the melodies of Henri Sauguet and Georges Auric, with whom he continued to spend time. In this privileged club, one man would perhaps count more than others: Christian Bérard. A man of multiple and remarkable talents, designer, painter, set designer, costume artist, he accompanied Christian Dior in all of his adventures, sketching his creations and participating in his passion for disguises and portraits in costume, as well as helping to decorate 30 Avenue Montaigne, Dior headquarters.

Leonor Fini, the muse from the South

Another artist would form a privileged relationship with Christian Dior. Her name was Leonor Fini, muse of artists including Cartier-Bresson, André Pieyre de Mandiargues and Max Jacob. Born in Buenos Aires in 1907, this cosmopolitan artist grew up in Trieste where she met Italo Svevo and James Joyce. After the timid beginning of a career in Italy, she came to Paris in 1931 where she was quickly noticed, thanks in part to Christian Dior. As director of the Bonjean gallery, Dior organized Leonor Fini’s first solo exhibition in November 1932. The post-war period marked her rise to celebrity, not only for her paintings, but also for her theatre sets and book illustrations… and her participation in parties and costume balls which were the rage at the Comte de Beaumont’s and the Noailles’. But the apotheosis, both for her and for Christian Dior, as well as the Aga Khan, Salvador Dali, Orson Welles and 1500 guests, was an extraordinary ball held at Venice’s Palazzo Labia on September 3rd, 1951, organized by Charles de Beistegui, which would go down in posterity as “The Ball of the Century”, an unforgettable fusion of the arts.

Changing of the Guard

Until his untimely death in 1957 at the age of 52 during a restful stay at the baths of Montecatini, Christian Dior maintained ties with friends met before the war. He continued to cultivate his passion for music (Henri Sauguet, who wrote and dedicated a waltz entitled Miss Dior to wish his friend happy new year in 1948, also composed Dior’s funeral hymn), and to collect, to visit museums, galleries, auction rooms and antique shops, particularly the Kraemer’s, for the Louis XVI-style furnishings of which he was so fond. He would create costumes for movies (including those seen in Jean-Pierre Melville’s film, Enfants Terribles, and Ava Gardner’s wardrobe for The Little Hut.) His successors at the head of Dior, notably Marc Bohan and Yves Saint Laurent, maintained these fruitful ties with the art world and would, in turn, be inspired by Mondrian, Braque, Pollock and others, acquiring remarkable personal collections. Dior and the arts: An enduring love story!