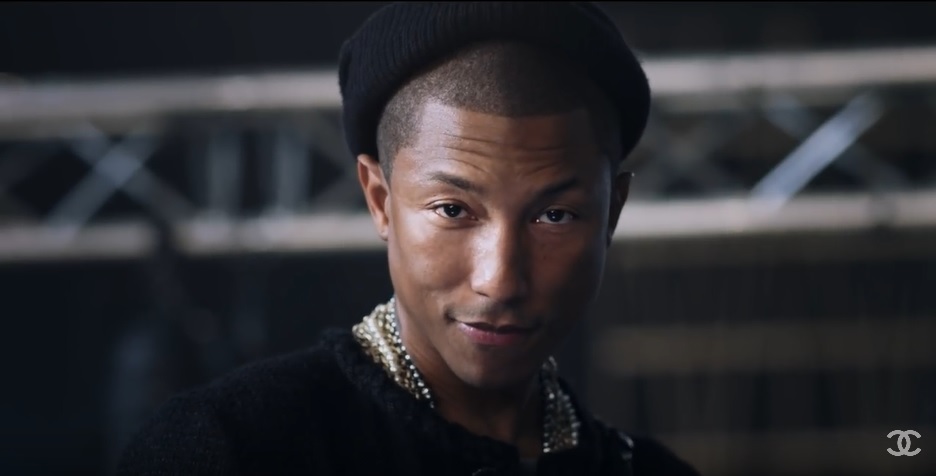 CHANEL has broadcast three short films in the last few weeks with Kristen Stewart, Cara Delevingne and Caroline de Maigret directed for the GABRIELLE bag campaign by CHANEL; The fourth and last installment of the saga presents the singer Pharrell Williams directed by French director Antoine Carlier, author of music videos and documentaries.
In the film, Pharrell Williams discovers a still empty concert hall that turns out to be a real playground for the singer. He slips on crates of material scattered here and there and plays the tightrope walkers on a metal beam, the bag GABRIELLE by CHANEL as a shoulder strap.
« My character in the movie is probably … as Chanel fan as me. And like me, he probably does not want to part with this bag. » Said the American star at the end of the shoot.#

Discover the film with Pharrell Williams on April 24th on Chanel.com, Chanel News and also on social networks, and its making of April 27, 2017.