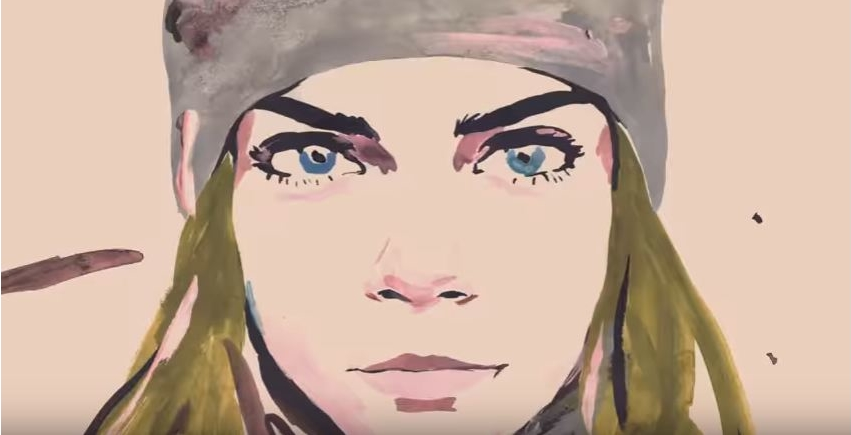 Following the release last week of the first short film for the campaign around CHANEL’s GABRIELLE bag,  CHANEL unveiled the second opus on April 10th in the form of a rotoscopic animated film with a pop and Urban atmospher, realized by the Japanese ShiShi Yamazaki and in which Cara Delevingne takes the lead.
Cara Delevingne transforms herself into a cartoon heroine who discovers at the bend of a street a dream world where CHANEL GABRIELLE bags hang like fruits from the branches of trees. She catches them one by one, slips on her skateboard and escapes for a fantastic trip.
Discover the film with Cara Delevingne as of April 10 on Chanel.com, Chanel News and also on social networks and its making of April 13, 2017.

Please find below the link to the digital platform allowing you to download the shortcut (Ad Campaign / Films section):