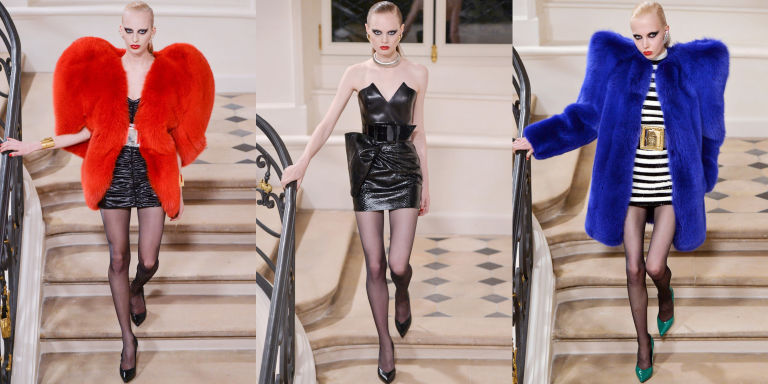 The year of 2016 brought a lot of important changes in fashion industry, from designers changing their positions to new stores and fashion week changings. We’ve chosen the most important ones. 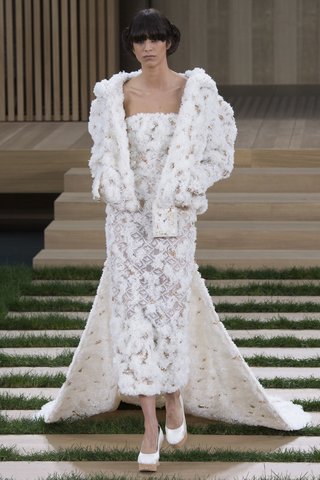 With an eye to sustainability, Karl Lagerfeld incorporated recycled paper, organic yarns, and even wood chips into his Spring 2016 Chanel couture collection. 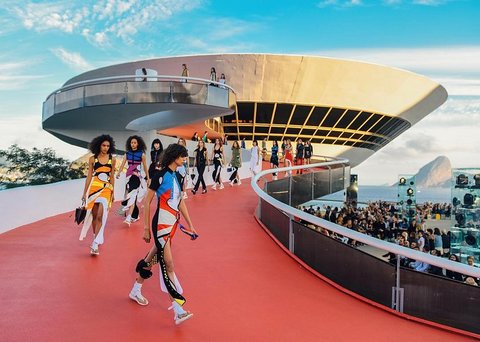 The Oscar Niemeyer–designed Niterói Contemporary Art Museum, where Louis Vuitton’s Resort 2017 show was staged, will go down as the most epic venue of the year. Staging the show in the museum is a next level step. 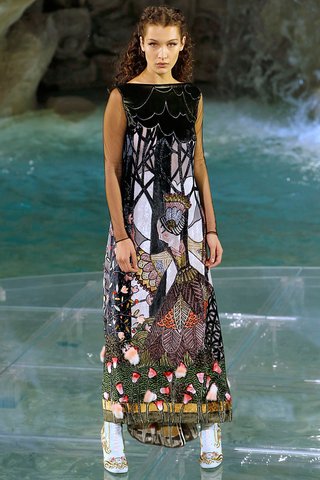 Only Karl Lagerfeld and the magicians at Fendi could stage a show at Rome’s Trevi Fountain. The Italian house restored the historic site to the tune of $2.4 million, and its haute show in July functioned as a rechristening of a sort. Nobody got wet, but the model gang did walk on water, via a clear Lucite runway. The real marvel, though, was the collection itself. The 5,000 hand-cut holes that turned a rose-color Persian lamb of a long dress into lace. The absolutely miniscule squares of mink that took 1,200 work hours to stitch together mosaic-style into a magical forest scene. It was truly breathtaking. 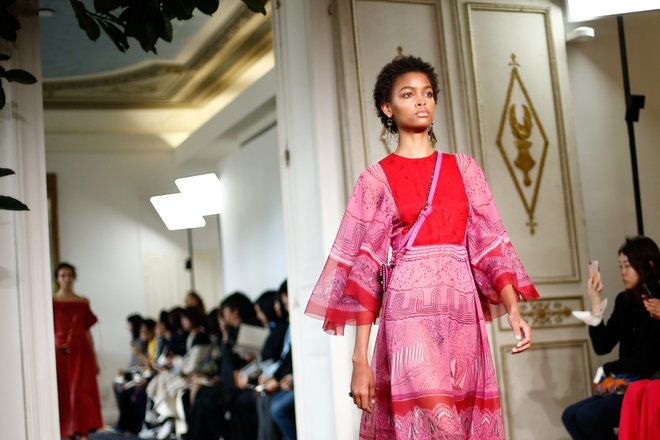 Spring 2017 was a big one for debuts: Anthony Vaccarello at YSL. Bouchra Jarrar at Lanvin. But nobody impressed quite as much as Pierpaolo Piccioli at Valentino, who had the genius idea of collaborating with the legendary Zandra Rhodes on graphics for his diaphanous, handkerchief hemmed fairy-tale dresses. 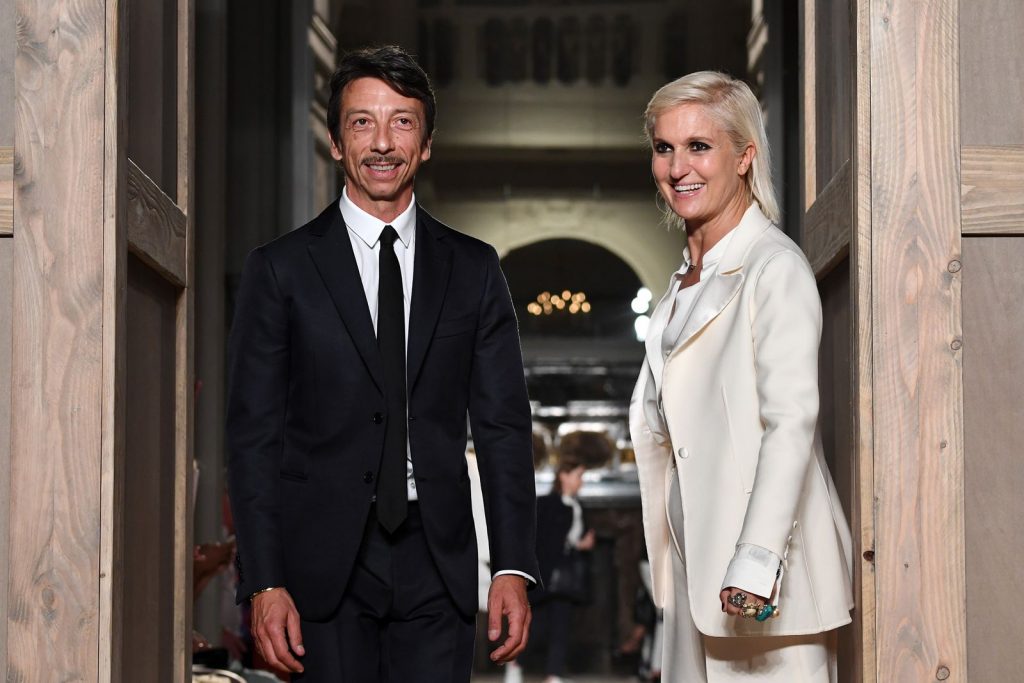 Pierpaolo Piccioli and Maria Grazia Chiuri first met in the Fendi design studio, back in 1989. They rose up the ranks together at the Italian fashion houses before moving on, together, to Valentino. Throughout their nine years as co-creative directors of the brand, Piccioli and Chiuri were a dynamic duo, bringing much critical acclaim to the Rome-based, PFW-showing brand, as well as incredibly profitable accessories (the design duo’s forte).

Last collection of Hedi Slimane for Saint Laurent
For his final Saint Laurent collection, Hedi Slimane made quite the mark. The designer staged his own couture show for Fall 2016 in Paris at an 18th-century house on the Rue de l’Université. The collection looked to the 1980s couture scene for inspiration, featuring plunging dresses, strong-shouldered silhouettes, triangular earrings and a show-stopping red heart fur coat that became the standout piece of the collection and was later worn by Rihanna. For Slimane, it was the ultimate way to end his four-year tenure at the fashion house with impact. 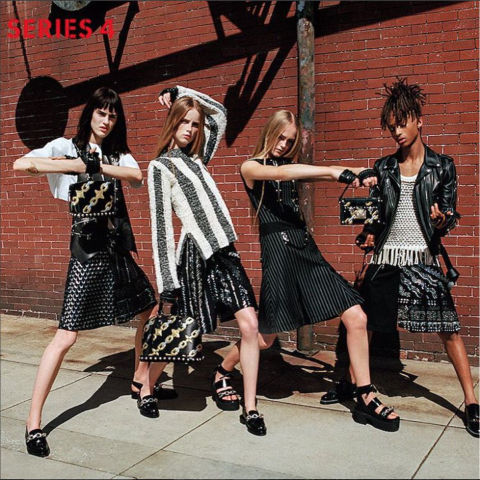 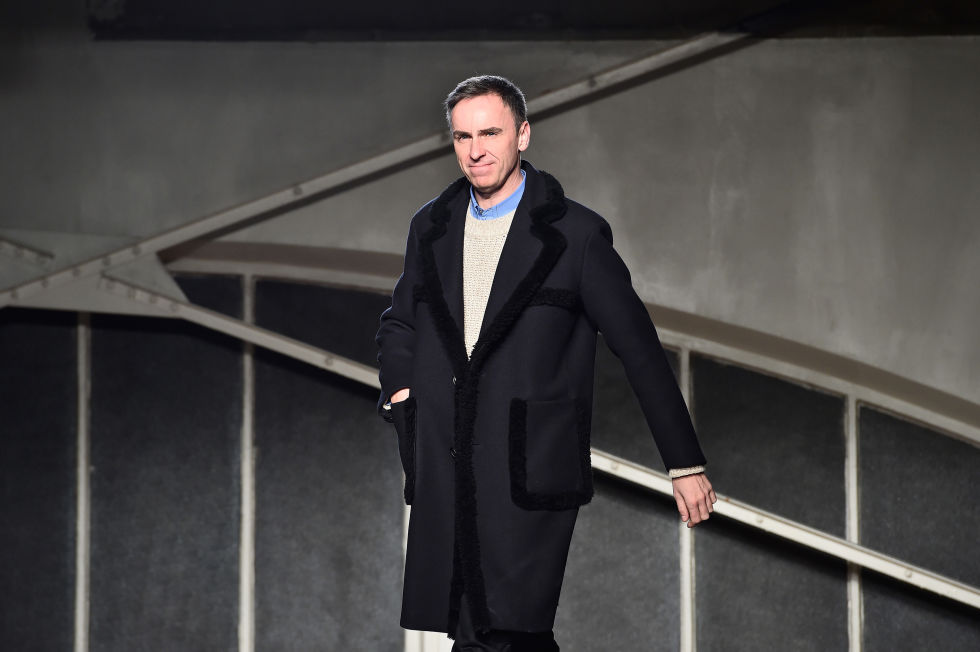 After months of speculation, Raf Simons was finally confirmed as the new creative director at Calvin Klein in August. Following Simons’ run at Dior and a shakeup at Klein, the industry was ecstatic at the idea of the designer taking over the helms at the American fashion house. His debut collection for the brand will hit the runway in February 2017 at New York Fashion Week.
2016Avenue Montaigne Guidecalvin kleinChanel @encollectiondéfilé @enFashion @enFashion @enfashion showFendiHedi SlimaneJaden SmithKarl LagerfeldLanvinLouis VuittonMaria Grazia ChiuriMaria Grazia Chiuri @enRaf SimonsResort 2017Saint LaurentShowValentinoValentino @en