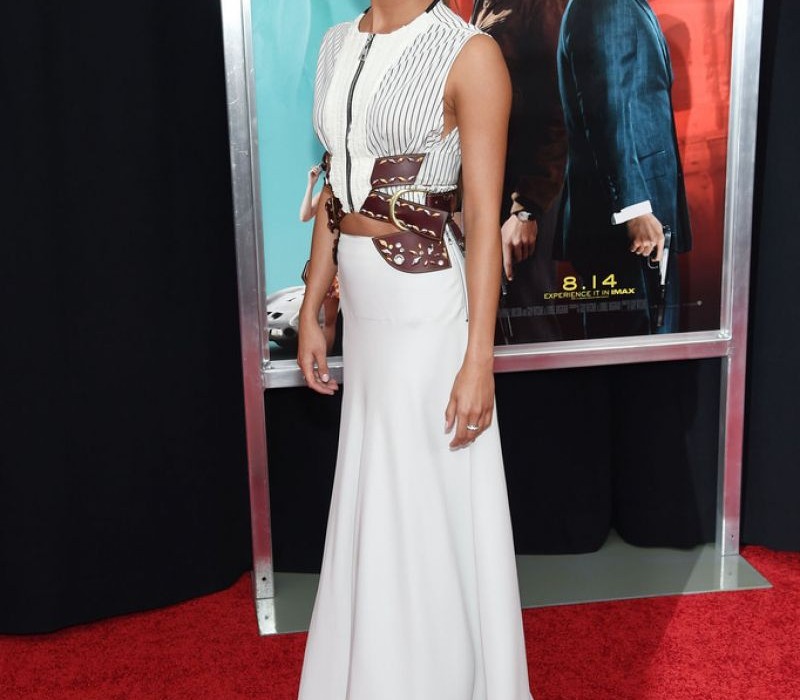 Alicia Vikander attended her premiere of the new film « The Man From UNCLE » in New York at Ziegfeld Theatre on Monday ( August 10th ).

Wearing a dress with a leather belt in brown, case  she successfully interpreted the cruise collection of Louis Vuitton in 2016. This dress was presented by Nicolas Ghesquière in his show in Palm Springs on May 6th 2015.

The Swedish actress and Louis Vuitton had announced their collaboration in May last year. The young actress becomes a new face of Louis Vuitton. 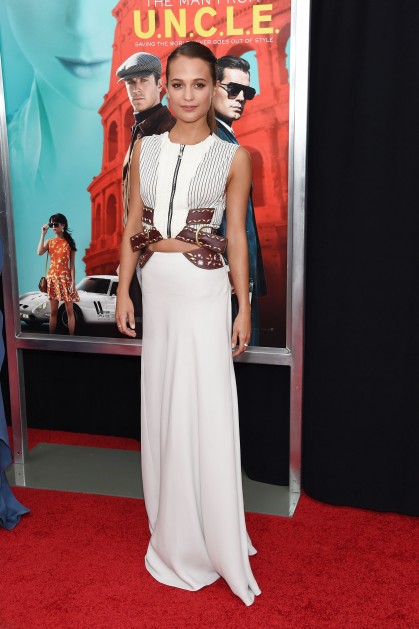 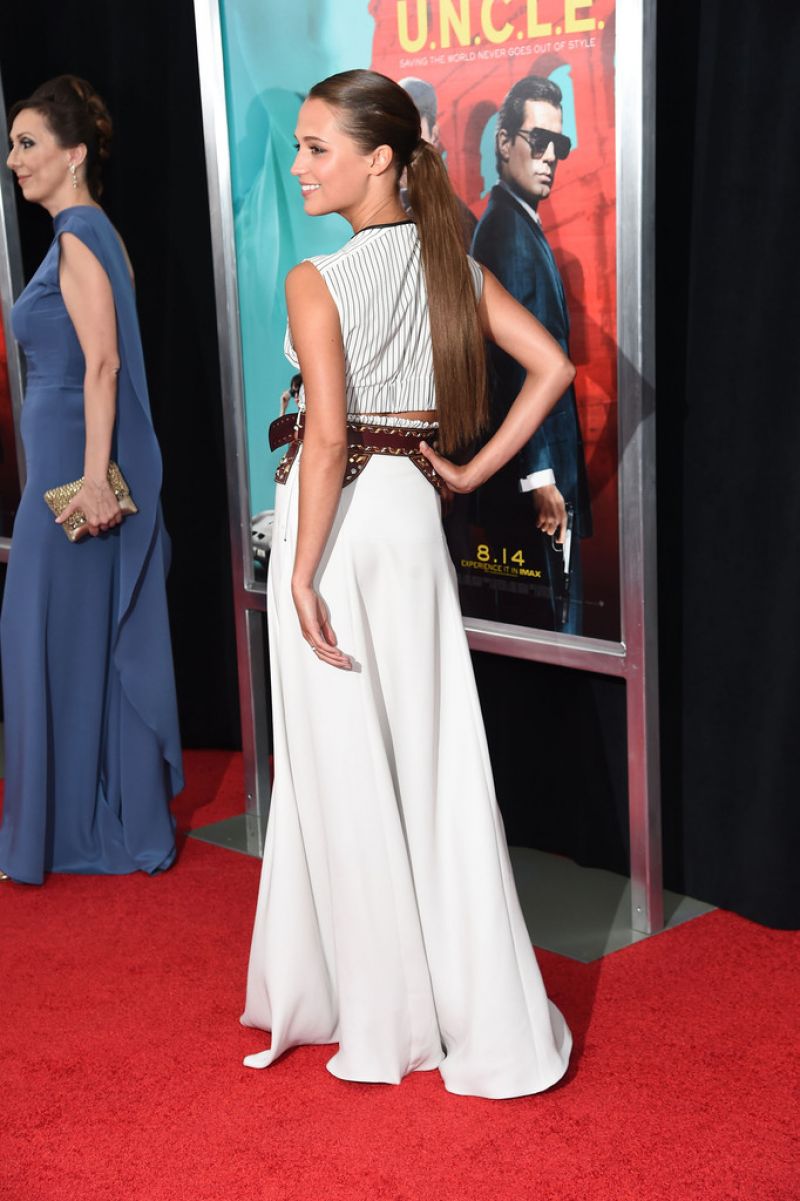