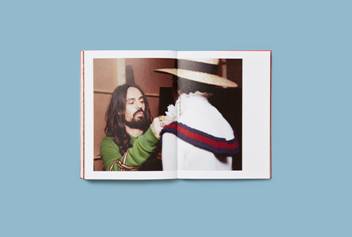 Released in a limited edition of 2,000, Blind for Love presents inspirational and backstage photographs by noted British artist Nick Waplington documenting the Gucci Cruise 2017 collection runway show, which was held in one of London’s most historic landmarks, the Cloisters in Westminster Abbey. Gucci creative director Alessandro Michele’s ode to quintessentially British culture and aesthetics, showcasing iconic English motifs such as garden flowers, King Charles spaniels, and the Union Jack, the collection juxtaposes punk attitude with classic British stateliness. In the best tradition of photo-reportage, Waplington captures candid moments behind-the-scenes before, during, and after the event. The show’s soundtrack featured a haunting version of the traditional English ballad “Scarborough Fair,” and the lyrics of the song run as a refrain through the book, enhancing the evocative images. Photographs by Nick Waplington Art directed by Chris Simmonds 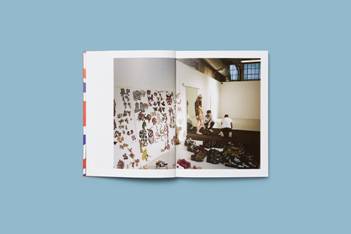 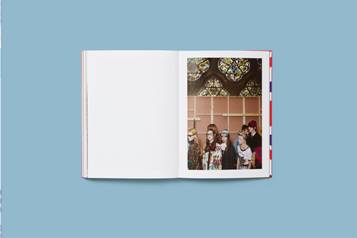 Blind for Love is available now at assouline.com and Assouline boutiques around the world, as well as Dover Street Market in London, New York, and Tokyo, Colette in Paris, and other select book stores.